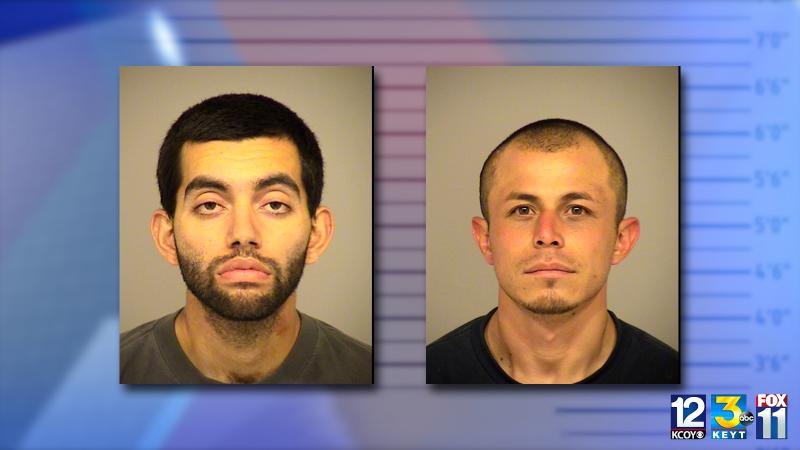 VENTURA, Calif. - Ventura Police have arrested two men they say stole multiple packages from homes as well as a bicycle.

On Tuesday night around 6:30 p.m., someone living on Mara Avenue called police after witnessing a man take a package from the porch of a home and leaving in a U-Haul truck. That person began following the truck go into a garage of a home on Santa Maria Street and steal a bicycle.

Police officers arrived and found the U-Haul driving eastbound on SR-126. Police found 28-year-old Antonio Porcallo of Santa Paula and 25-year-old Jesus Alvarez of Santa Paula driving the truck through neighborhoods looking for packages and property to steal. Detectives were able to identify victims of the package theft in Ventura and return their packages.

Porcallo and Alvarez were arrested and booked into the Ventura County Jail for Residential Burglary, Theft, Prowling, Possession of Stolen Property, and Conspiracy. Both men had prior convictions including possession of stolen property and vehicle theft.