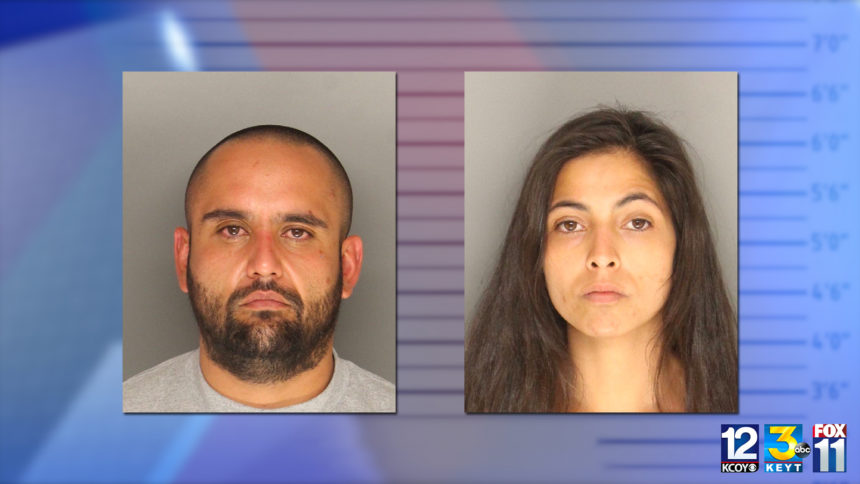 SANTA MARIA, Calif. - Two people were arrested Tuesday morning for a gas station robbery in Santa Maria. They were found at a hotel in Bakersfield.

At 6:42 p.m. on Friday, a gas station on the 1200 block of East Betteravia Road was robbed. The caller told police two people fled the area in a car. Santa Barbara County Sheriff's Deputies searched for them but weren't able to find them.

The descriptions of the two were broadcast to neighboring agencies. A San Luis Obispo County Sheriff's deputy heard the broadcast, realized it was similar to a theft case in that county.

The case was forwarded to detectives who identified the two as 30-year-old Emanuel Ochoa of Santa Maria and 24-year-old Brandy Baldivia of Guadalupe.

Ochoa and Baldivia were tracked to the Bakersfield area where a search warrant was issued for a hotel room they were staying at in the 2300-block of Wible Road.

On Tuesday, Santa Barbara County detectives along with the Bakersfield Police Department Violent Crime Apprehension Team went into the hotel room and took Ochoa and Baldivia into custody without any issues.

Ochoa and Baldivia were booked into the Santa Barbara County Jail.

Ochoa is charged with four felonies: robbery, burglary, false imprisonment, and conspiracy. He is also charged with a misdemeanor of wearing a mask for an unlawful purpose and for an outstanding warrant for a violation of probation. His bail is set at $100,000.

Baldivia is charged with four felonies: robbery, burglary, false imprisonment, and conspiracy. She is also charged with a misdemeanor of wearing a mask for an unlawful purpose. Her bail is set at $100,000.