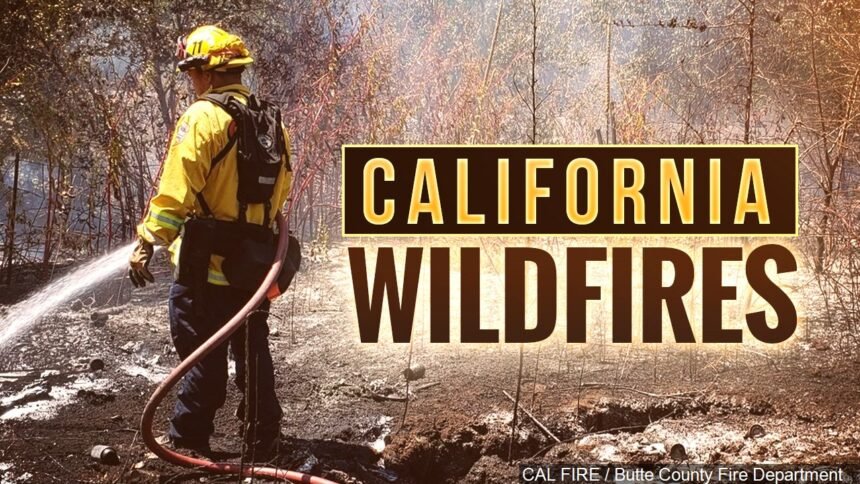 MONTEREY COUNTY, Calif. - The closure of Highway 1 in Monterey County has been extended due to the Dolan Fire burning in the Big Sur area of Los Padres National Forest.

The closure has been extended south, from Gorda to Ragged Point and continues to extend north to Julia Pfeiffer Burns State Park.

According to CalTrans, there is no estimate for opening.

Evacuation orders are in place. Click here for an interactive map of evacuation zones.

More than 800 personnel have been assigned to battle the blaze. On Tuesday, the U.S. Forest Service reported 14 firefighters and bulldozer operators were injured, with one listed in critical condition.

The wildfire has burned 93,554 acres and is 20 percent contained.

The Dolan Fire is one of 25 major wildfires burning across California. This wildfire season has already reached a state record, with more than 2.2 million acres scorched across the Golden State already this year, according to CalFire.