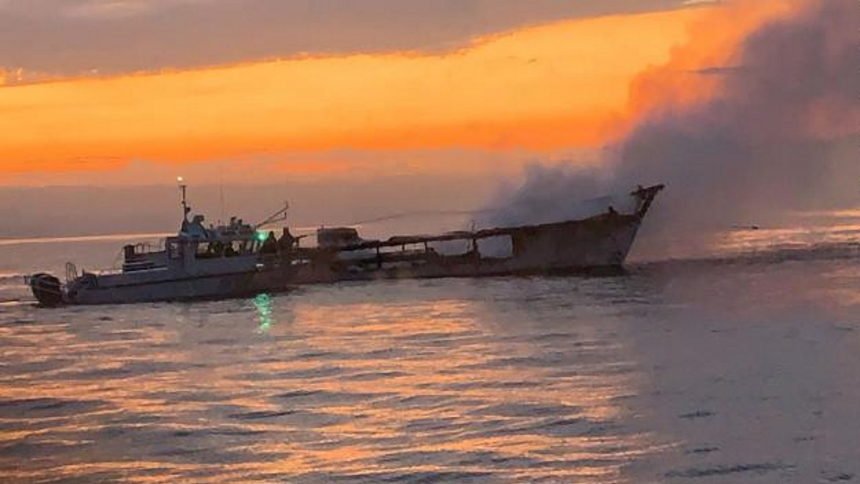 The documents include extensive information on the history of Truth Aquatics, the company that operated the Conception, as well as a detailed account of what happened on that day.

Photos were also released from the investigation showing the extensive damage.

An NTSB spokesperson told NewsChannel Wednesday that the documents do not list any findings or analysis, but are meant to provide as much factual information to the public in order to be transparent.

34 people were killed when the dive boat caught fire off the coast of Santa Cruz Island on Labor Day 2019. The captain and four crew members survived.

The owners of Truth Aquatics spoke to NewsChannel in 2019 just after the tragedy.

"It's devastating and we're all so saddened," said Glen Fritzler. "A lot of these customers that come out with us are like family and a lot of them that were on that particular voyage have been coming out with us for 20, 30 years."

The family has not spoken publicly since.

The captain and crew have also not spoken publicly, however, documents said the captain of the Conception had voluntarily made himself available for an interview with investigators on two occasions, but the U.S. Attorney prohibited the NTSB from speaking to him.

"Conception’s captain had many years of experience on the same vessel and interviews indicated he was intimately familiar with the vessel’s history, operations, and maintenance. The owner and surviving crew members therefore referred many of investigators’ questions to the captain, which remain unanswered due to not being able to interview him," the documents said.

It was unclear why the captain was prohibited from speaking with investigators.

The NTSB has been investigating the deadly fire since it happened and had previously said it could take 12 to 18 months for a final report to be released.

The NTSB is scheduled to hold a board meeting on October 20 and vote on findings, probable cause and recommendations, as well as any changes to the draft final report.

An NTSB spokesperson said next month's hearing will be based on the information released publicly Wednesday.

According to court documents obtained earlier this month, criminal charges could be imminent.

The captain of the boat, who could face an unusual federal manslaughter charge, was briefed in July on the evidence prosecutors have against him. It’s the type of meeting often used to persuade a suspect to plead guilty, lawyers for the boat’s owners said in a related lawsuit.