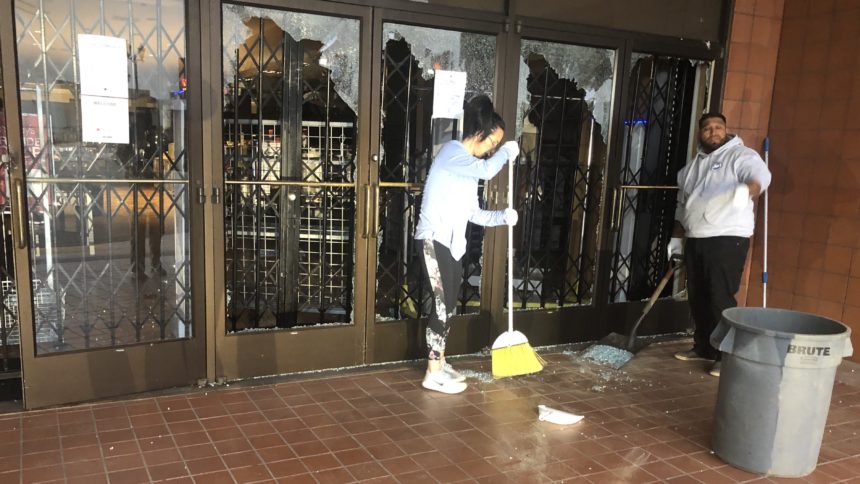 After a chaotic night at the mall, good Samaritans have shown up Monday morning to help cleanup the mess. Several people from the community arrived with brooms and garbage cans to remove broken glass.

Before the violence, protests attracted hundreds of people of all ages and ethnicities to the front of Santa Maria City Hall. They marched down Broadway and for a while even blocked traffic. Protesters then moved to the intersection of Cook and Broadway where they occupied the street into the night. Cars and motorcycles were doing donuts, peeling out around the small crowd of protesters.

A small fire was set in that intersection and the American flag was torn down at City Hall.

No arrests have been made, according to Santa Maria Police. Officers had set up a perimeter around the downtown Santa Maria area as protesters moved around the city.