SANTA MARIA, Calif. -- Despite ongoing uncertainty with the COVID-19 pandemic, California Mid-State Fair and Santa Barbara County Fair management are both still moving forward with the hope each event will be held.

"We are currently planning for the Santa Barbara County Fair, said Santa Maria Fairpark CEO Richard Persons. "We certainly understand there may be reasons why we can't have that, but as of right now, we're continuing to plan for the fair."

"We are continuing to plan to have a fair, normal times, July 22nd through August 2nd," said Tom Keffury. "However, we are having internal conversations, lots of them, in making lots of plans for the potential of not having a fair at all, or having to postpone the fair, or having to have a limited fair. All of those discussions are taking place right now."

"There will certainly come a time where we will have to make a decision one way or another, to be guided by our county and state," said Keffury. "That time is not yet, though."

Keffury did not say when Mid-State Fair management expects to have a decision made.

Persons said the future of the Santa Barbara County Fair should be known by late May.

As of today, current conditions would not allow a large scale event, such as a fair, to be held.

However, by mid-July, restrictions could potentially be reduced enough to hold a fair in some capacity.

"As of right now, we can still see a path where it might be possible to have that event, and so we're not quite ready to cancel at this this point," said Persons. "We're working on two tracks. One of them is the county fair goes on, maybe with some modifications, and the second track is it would not and how would we deal with that."

Keffury stressed it is prudent business practice to continue planning for the event, even though so much is unknown about the future.

"I think it would be heartbreaking if we chose not to prepare at this time, and then things changed, and orders were lifted, and we were kind of left holding the bag," said Keffury. "That would be heartbreaking for us, and a lot of people too, so we're moving forward with plans. We know that the plans may change. This thing is changing very rapidly, so I think it's best that we plan for all different scenarios."

The 12-day long Mid-State Fair annually attracts over 400,000 visitors and is major economic engine for the Paso Robles area and entire county.

Keffury said past research shows it generates nearly $80 million into the local economy each year.

"That would be a big financial blow if we didn't have it," said. Keffury. "There's a lot of people that have that 12-day run in their annual budget, too, so we would hate to see us not have a fair. We're hoping we get to have a fair. We're working hard on having a fair and we hope those restrictions do get loosened in time."

As the fair leadership grapples with so many variables, it is paying special attention to its junior livestock and industrial arts exhibitors.

"The kids involved with those livestock projects have already got their animals and have been working towards the county fair," Persons said. "So in the event that we have to cancel the county fair, we plan to try and find a way to help them find a market for their animals."

The Santa Barbara County Fair livestock auction is one of the biggest and most successful in the state.

The Mid-State Fair livestock auction brought over $2 million last year, while industrial arts, a newer, emerging segment of the fair, raised about $70,000.

The Santa Maria Valley Strawberry Festival was scheduled to be held this weekend at the Fairpark.

Instead, the grounds are quiet this week, empty due to the cancellation that was announced several weeks ago.

In mid-March, the Fairpark announced it was creating a yet-to-be-named "fall festival" for October.

Should the fair be cancelled, the new event could serve essentially as a replacement for both the Strawberry Festival and county fair.

"As we move forward, we'll see if there are pieces of the county fair that might shift over to that event and even if we'll be able to have that event. We're hopeful that we will," said Persons. "With those dates in the fall, we see the possibility to roll to some of the activities to that event."

As of Thursday, the Ventura County Fair is also continuing to plan its regularly scheduled run in August.

A post on the fair's website, dated April 2nd, reads in part, "At the present time, there are no plans to postpone or cancel the Ventura County Fair, August 5-16 and we will move forward planning it. We will also continue to follow directives from our public health department and the office of Governor Gavin Newsom. Governor Newsom’s directives postponing mass gatherings have not extended through the summer months and for this reason we have not canceled or rescheduled the 2020 Ventura County Fair." 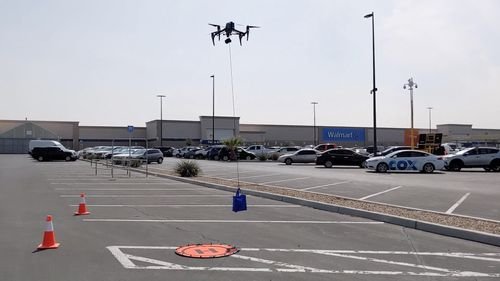