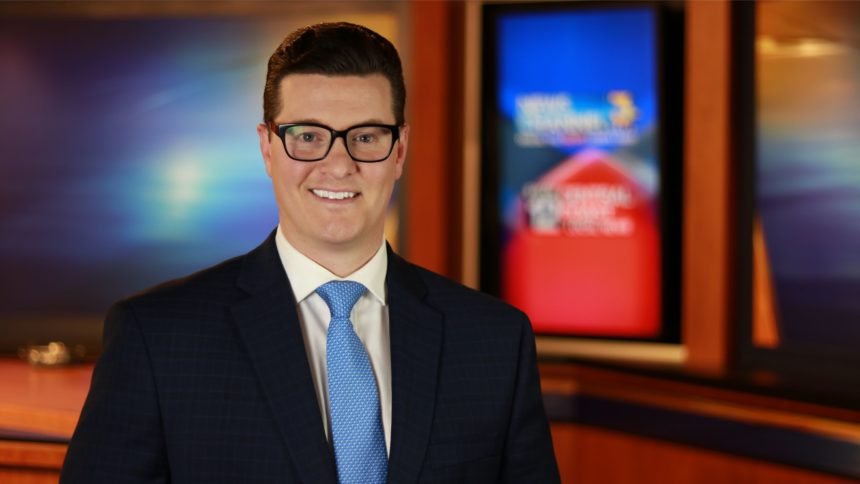 He’s covered everything from the Thomas Fire and Montecito Mudslides to the Rose Bowl and Dodgers World Series runs. Sharing what’s happening around town with viewers from Santa Barbara, Ventura and San Luis Obispo Counties each and every weekday morning.

Joe was part of News Channel 3’s Emmy winning Thomas Fire news coverage in 2017. He also received an individual nomination for his reporting. Joe’s picked up three Golden Mike Awards over the years, one of the Thomas Fire and two during his time as a sports anchor.

Before coming here he worked for four years at KABC-TV in Los Angeles. While at Eyewitness News he worked as an assignment editor, web producer, and apprentice. Learning the newsroom business from behind the scenes. He graduated from Cal State Northridge with a B.A. in Journalism in 2011.

You may also recognize Joe from the CBS reality show “The Amazing Race” which he won with his wife and Chief Meteorologist Anchor Kelsey Gerckens in 2015. They traveled to 10 countries in 21 days, going more than 34,000 miles to win the race and $1 million-prize. He’s an avid golfer, big time foodie, world traveler and loves spending time with family, friends and his Goldendoodle Jeter. Joe and Kelsey welcomed their first child, Everett Gerckens Buttitta in August 2019.