PISMO BEACH, Calif. -- Pismo Beach was one of the most popular places to be on the Central Coast over the weekend.

During the three-day period, tourists lined the shoreline and city streets in big numbers, showing that travel is beginning to return to the popular beach community.

While the amount of people in the city were in great numbers, Garcia said there were no major problems to report.

"For the most part, things were under control," said Garcia. "Things were pretty positive. Our officers did have to make their normal contacts, but no citations for social distancing or any other type of business enforcement. We saw a lot of compliance. We've continued to see a lot of compliance, so we are very thankful for those that have chosen to come and visit our community, have been respectful."

Garcia noted that most of the visitors were traveling to Pismo Beach only for a few hours, especially since a current county order is limiting lodging occupancy for hotels and motels to 50 percent.

"What we saw, by and large, was day trippers," said Garcia. "Folks that just come out for the day, come out early and head back home in the afternoon. That's what we saw this weekend, and that's what we'll continue to see for many weekends to come."

The city did experience a high volume of trash during the weekend.

Garcia said the city brought out every trash receptacle it has in an effort to limit loose waste.

"A lot of trash," said Garcia. "More than we've seen in a long time. It rivals a busy 4th of July weekend, but ultimately, our staff is prepared. We're being diligent and making sure that we're being safe."

Helping out with trash was a handful of community members and local businesses that collected trash over the holiday weekend.

"We're happy to have those volunteers come out and assist with beach clean-up because we want to remind folks that only thing to leave behind is your footprints, everything else should go back with you or in a trash can," said Garcia.

Heather Parks was part of a volunteer group that collected trash on Tuesday morning.

She noted there was still a lot of items left on the beach during the clean-up.

The influx of visitors was a boon for Pismo Beach businesses, including many that have only reopened over the past few days.

"It was really busy," said Cowboy Cookie and Ice Cream owner Shannon Millhollon. "It was great. A lot of out-of-towners and some locals too."

The longtime business has been a popular institution in San Luis Obispo for more than 30 years, but just recently expanded to Pismo Beach before the pandemic hit.

It had to close up shop just as it was establishing itself in a new location.

"It has been really nice to see people again, so yes, it's been great," said Millhollon.

Many of the city's ubiquitous t-shirt and gift stores have also been closed for weeks, making this past weekend such an important part of their financial recovery.

It's a recovery that will no doubt take a long time, but from appearances, it looks like tourism is roaring back to his longtime popular destination.

It's a place that Garcia said is ready to welcome back the people that are crucial to its economy.

"The city staff, the executive team, we've been meeting on a weekly basis, in order to make sure that we're prepared and staffed up and have the resources in order to address (tourism)," said Garcia. 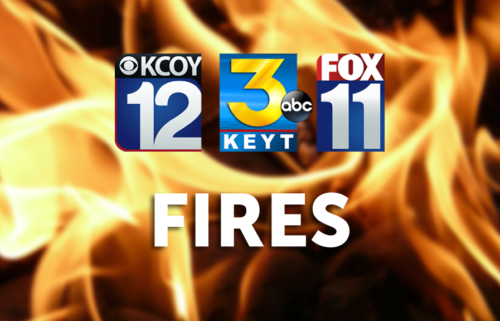