PISMO BEACH, Calif. -- The Fourth of July weekend turned out to be a lot less busy than predicted in Pismo Beach.

Heading into the holiday weekend, many expected big crowds to show up and pack city beaches and roadways.

However, numbers show tourists didn't quite come out as many had projected.

Some speculated the area could see an impact from the recent closures of beaches to the south.

San Luis Obispo County beaches were only ones open during the holiday between Orange County and Monterey counties.

However, that didn't seem to matter.

"It was not the Fourth of July celebration we're used to," said Pismo Beach Police Chief Jake Miller. "What we found was a reduced crowd on our beach as compared to other weekends we've had lately."

Miller described the overall feeling in Pismo Beach during the weekend as mellow.

"I think the warnings got out," said Miller. "I think folks listened. Folks did the responsible thing. It seems like a lot of folks stayed home. Those that came down were respectful of distancing, and they wore masks."

During each Fourth of July, the police department works on full deployment, meaning all officers are on duty.

Miller pointed out that it was so slow on Saturday, he had the very rare opportunity to reduce staffing early on, a complete anomaly for the department.

"By about 11 a.m., we figured out that we were going to get a normal weekend crowd, not a Fourth of July," said Miller. "It turned out great. For the first time, in at least the last 30 years, there were actually Pismo Beach officers that got the Fourth of July off."

He also reported very few problems during the holiday period, only a few issues that normally crop on any given weekend.

"It was really a normal weekend," said Miller. "There were a couple of DUIs during the night. A couple of intoxicated folks. A couple of fights we broke up, but that's all pretty normal. I think we had about 59 fireworks calls on the Fourth of July that we responded to, with about 12 citations."

While police had a relatively quiet weekend, so too did a lot of businesses.

"It was moderate," said Marie Kastenek, The Sports Forum owner. "We weren't as busy as we thought we were going to be, but there was good foot traffic on Sunday, but Saturday was very, very quiet."

Kastenek has owned the popular sports memorabilia store on Pomeroy Avenue for 32 years.

She was expecting a continuation of a busy run of tourists that have been flowing into Pismo Beach steadily for the past two months.

"Since like maybe mid-April, it's been like everyday has been the Fourth of July, so I think we kind of anticipated the same turnout, and it wasn't anything like that," said Kastenek. "The previous weekends were record-setting, so I can't figure out what made everyone decide to stay home on the Fourth of July."

The cancellation of the city's iconic fireworks show at the pier was likely one major cause of the slowdown.

While the ongoing COVID-19 pandemic hasn't stopped tourists from filling Pismo Beach since the springtime, perhaps many stayed away fearful of projected big crowds.

"Maybe families didn't know what to anticipate," speculated Kastenek. "I don't know if they weren't familiar with what it was going to be like out on the beach, or because it was going to be so busy it wasn't going to be worth coming out. I think people chose to stay home and do family barbeques and do something closer to home."

Still, for tourists that did vacation in Pismo Beach during the holiday, they found the lighter crowds to be an unexpected surprise.

"It was amazing," said Payton Phillips, visiting from Fresno. "It was great. Not too many people. It was nice to go for a stroll down the beach and just enjoy ourselves." 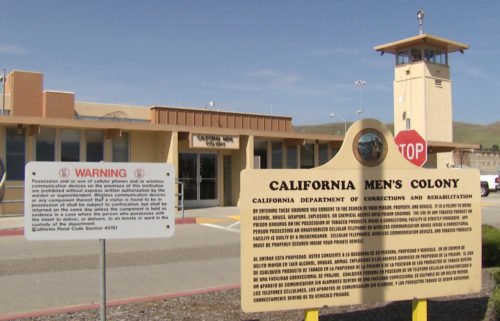