SANTA BARBARA, Calif. -- Creative friends and families have been planning for weeks on how to make the 4th of July a memorable weekend without some of the biggest events and sky shows of the summer.

It's widely known, no aerial shows on the Central Coast will be held due to COVID-19 rules and local health orders restricting large crowd gathering activities.

Residents are still collaborating with neighbors and those in their close circles to gather for tight knit parties, family games, outside picnics, hikes and activities with less risk that engaging in large scale approved or unapproved sites.

The City of Santa Barbara has launched a message it hopes will reach all households with some guidelines.

It says the City recommends residents celebrate the Fourth of July in a "safe manner and avoid gatherings and crowded areas."

Even though it's taking place, the City reminds people, events and gatherings of 10 people or greater are currently not allowed indoors or outdoors to slow the spread of the COVID-19 virus.

The annual day long Santa Barbara All-American Patriotic Celebration held on West Beach is not taking place. The event is one of the largest on the Central Coast with a crowd estimated in excess of 15,000 in recent years. This year, there will be no stage, food trucks or inflatable bouncy houses for kids.

Cabrillo Boulevard and Lower State Street will remain open to vehicle traffic and no parade is planned.

The City will be adding mobile message boards and signage, and increase public safety staffing during the holiday weekend to reinforce social distancing and public health guidelines.

The Pierre-Claeyssens Foundation is hosting a virtual celebration at 6 p.m. on KEYT NewsChannel 3 to honor the nation’s birthday.

The City has also sent out a suggested list of recommended options for a safe and responsible holiday weekend, which for some will start on July 3, considered a holiday day-off for many companies.

In recent weeks illegal fireworks have been upsetting residents in many communities.

Social media posts are loaded with cases of animals and children who have become scared from these activities.

Along the waterfront a nurse, Aliah Thomas  said, "this year I am going to be working I might as well get some holiday pay. Normally I would be spending it with family or with friends, nothing going on might as well work."

One family visiting Monday says  with fewer events and less full scale stadium type shows,    they want to come back and create their own smaller holiday event.

" I think they are closing down L.A. County so we might cancel and come here," said Stephanie Miller.

Anthony Rich  said, "we were planning on going to Long Beach and we are going to nix that and probably come here or another beach that's a little more open so we and we are rolling with the punches."

On the Santa Barbara Westside, the second weekend of a new event Weekends on the Westside will take place this Saturday and Sunday.

The street closure on San Andres from Sola Street to Micheltorena Street allows businesses to expand out to the sidewalk and car-free traffic lanes. This weekend in addition to food and retail sales, there will also be custom show cars on display. 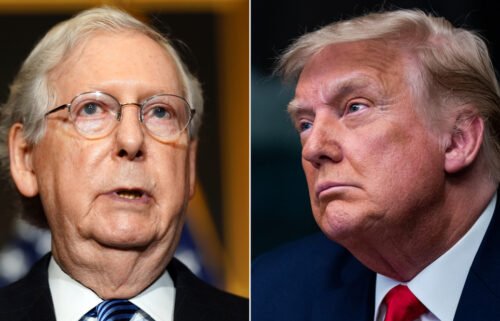