The “WandaVision” actress wore a cream-colored dress from the Olsen’s line The Row, launched in 2006. She topped the gown with Chopard earrings and Stuart Weitzman shoes.

Olsen’s stylist Elizabeth Stewart revealed the designers were behind the dress on Instagram. “#SisterLove,” she captioned a photo of adding three heart emojis.

Olsen was nominated for her first Emmy Award for lead actress in a limited series or movie for her role in “WandaVision.” She will reprise her role of for “Doctor Strange in the Multiverse of Madness” next year.

During a recent interview on SiriusXM’s “The Jess Cagle Show,” Olsen complemented her sisters’ style.

“Everything my sisters have ever worn in my entire life I have wanted to wear still as an adult today,” she said. “I want their coats. I want their shoes. I want their dresses — and that is something that I never grew out of.” 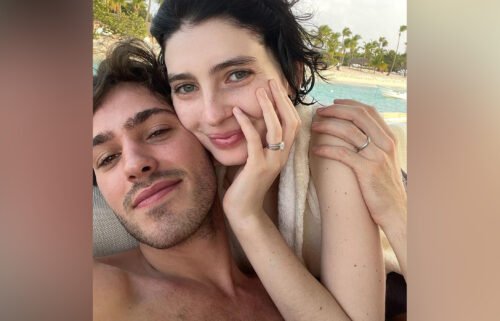