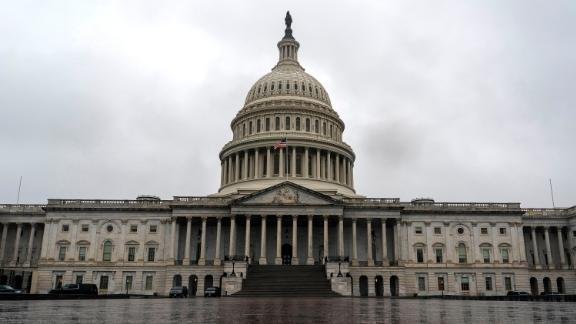 ORCUTT, Calif. - Doug Dougherty of Orcutt just returned from Washington DC where he participated in the rally that led up to the attack on the US Capitol Wednesday.

"So we were singing and praying then that's when the teargas and flashbangs and everything just came down on us and the rubber balls and stuff. It was total chaos from there," Dougherty said.

He says the purpose of his trip was to join a peaceful Save America Rally.

"My reaction was devastation, you know, having traveled all that way on our own personal expense, during the time when money is not that easy to come by. And so you know what it took to go there and to see that happen, it was very devastating."

The Orcutt man said he wanted to go to DC to pray for the country as electoral votes were finalized. But instead, the rally turned into a riot where people broke into the capitol building.

"I felt called to go to DC, just with everything that's been happening, it's been weighing on my heart and my brother and I decided that we needed to go and pray for our country," said Dougherty.

While he found himself surrounded by the chaos, Doug said he tried to stop people from causing more violence and did not enter the capitol himself.

"And there were so many of us, so many of us trying desperately to keep it from getting out of hand, but the chaos ensued and it was just heartbreaking."

Now that Dougherty is safe at home, he hopes the country will find a way to come together.

"If America's going to make it, we have to be able to overcome this together in Orcutt."