On Friday afternoon, scores of community volunteers came out to the downtown area to help honor and support the police department and other law enforcement.

"They have done such a good job in protecting us," said Mary Innocenti of Paso Robles. "They're keeping us safe. I think we need to be standing here in support."

Innocenti was one of many police supporters who helped decorate the downtown area with blue ribbons, balloons, bows, flags and other signs of affection.

The visible display of community support for the police came less than a day after an intense two-day manhunt ended during a deadly shootout near Ramada Drive.

On Thursday, Mason Lira was shot and killed after a confrontation with law enforcement.

Lira was wanted for a shooting spree early Wednesday morning that started at the Paso Robles police department in the city's Public Safety Building.

"It's tragic for what happened," said Brandon Stier, who helped organize Friday's event. "We wish it could have come out a different way, of course, but for us to feel a little bit safer today, this is our way of showing that we appreciate them."

The blue decorations can now be seen along Spring Street on trees, signs, poles and other objects between 10th and 16th streets, as well as Downtown City Park.

"We're trying to give back as much as we can and show appreciation for our police officers, especially over the past few days and the incidents that happened," said Stier. "It is a very small token of our appreciation, but putting up all these blue ribbons and making sure they can see it when they're cruising around town, knowing that we show our appreciation to them."

At the same time the decorations were going up, several members of the Paso Robles spoke with members of the public in front the police department and were given a heroes welcome.

Among those talking and taking pictures with supporters was Police Chief Ty Lewis.

"It was a very emotional experience," said Lewis. "Feeling kind of drained over the past couple of days. All of the officers in the county, from my police department…it's inspirational to know that I work for a community this great. Paso Robles is awesome. They love their police department just as much as we love them and this just kind of defines it all. This is what it's all about and what we do what we do."

Lewis added his officers are already noticing the blue decorations and they are making a big emotional impact.

"If they're feeling even a fraction of what I'm feeling right now, they're hearts are just filled with love and and joy," said Lewis. "This is why we police. This is what we do. We're guardians. We keep our community safe."

He said volunteers also placed them at the nearby train station, where James Mason was killed along the railroad tracks.

Decorations were also placed at the Sheriff's North County substation in Templeton, as well as the Arroyo Grande Police Department.

Smiley is now recovering at home.

The blue decorations will remain on display for two weeks. 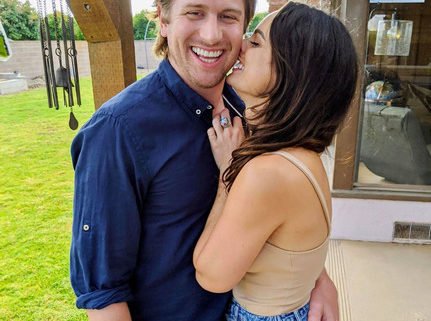 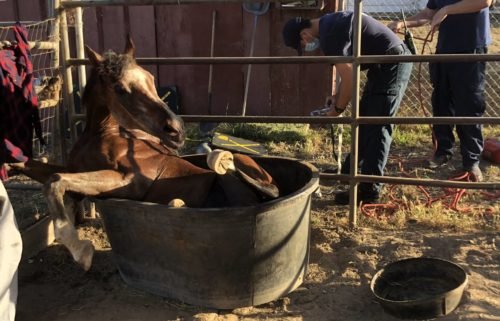