CAMARILLO, Calif. – Commercial flights could come to the Camarillo and Oxnard airports. That is, if the community wants it.

On an average day, planes can be seen coming and going from both the Camarillo and Oxnard airports. Most of that activity is from private flights. Now the Ventura County Department of Airports is asking the community for feedback on what would make the airports better.

"Are you looking for services we offer today or something totally different,” said Kip Turner, the Ventura County Director of Airports. “Do you want commercial airlines service? Do you want cargo service?”

The department kicked off a study, asking people to weigh in on plans for the two airports over the next 10 to 20 years. The studies are typically done every 10 years, and this is the first time both airports are included.

“These kinds of studies allow us a mechanism to figure out from our community, 'do we want more of that?'” said Turner. “Do you want more jobs, and more economic opportunity to come from these airports or are we satisfied where we are now?”

The Oxnard Airport used to have commercial flights, but doesn't anymore. That's something that could change if it's what the community wants. Both airports generate $280 million a year for the local economy and roughly 2,000 jobs. Commercial flights would bring an even bigger boost.

“You opened the door for those people to stay in Ventura County and what that does is it supports your local businesses, your restaurants, your hotels and all of your tourism-type businesses,” said Turner.

The master plan study started in November and takes nearly 16 months to finish. The first of four public workshops will be held on Thursday at 2:00pm.

"Community input along the way is going to be the key to helping us end up with a plan that we can bring to the board of supervisors for adoption,” said Erin Powers, who the project administrator at Ventura County Department of Airports.

The workshop will be held virtually and more info can be found here. 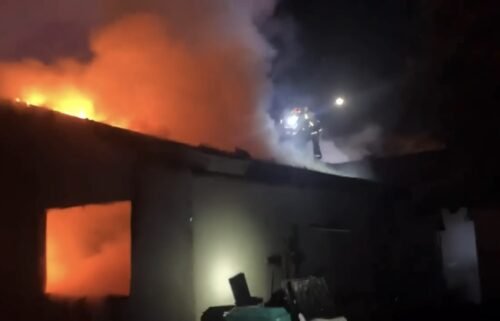