That's what happened to a Santa Barbara woman. When she had no where else to turn, friends suggested she call the NewsChannel Three Tipline for help.

"I opened them and looked at them and thought something's wrong but I didn't worry about them," said Catlin Rockman during her first interview with NewsChannel Three in December.

"They keep coming, sometimes 3 or 4 of them at once," said Rockman.

They're all from the Bay Area and include a $6 toll, plus a $25 penalty and can go higher with late fees. She called Fastrak expecting to clear it up.

"The first two people I spoke with really brushed me off very quickly. They said there is nothing we can do, this is the info we have, we're doing what we always do," said Rockman.

She says Fastrak agreed to erase four violations. But, the violations kept coming 20 more between July and Mid- December. She even called the DMV.

Turns out, the offenders car is a newer, black Mercedes Benz. Rockman drives a Honda. We wondered if the license plates were similar?

NewsChannel Three started by logging into Fastrak's website and typing in each violation number. Then we looked over all of the details including the plaza were the violation occurred and the time. For example, SMH indicates the San Mateo-Hayward plaza. We found many of the violations occurred when it was dark outside, one occurred at 3:27 in the morning. We also looked at the photos posted for each violation. First thing we noticed, the letters and numbers on the offenders license plate didn't look right. We figured out it's one of the new temporary paper plates. We then looked for violations that occurred during the day hoping to see something identifiable on that Mercedes and maybe see the driver. We did find one photo that shows a man behind the wheel. You can't see his face but it's clearly not Catlin Rockman.

We also found a daytime photo that showed the license plate frame with the word CALSTAR on the bottom and Glendale at the top. We searched online and it's a Mercedes Benz dealership near Los Angeles.

"I'm curious to know why Fastrak didn't notice that discrepancy. Frustrating because it was taking a lot of time to make these phone calls and it was stressful," said Rockman.

NewsChannel Three took all the information we found and gave it to Fastrak officials and DMV investigators. Within a week, all 20 outstanding violations against Rockman were dismissed. She received a letter confirming it and Fastrak apologized.

We probably saved Rockman about $1500 if you add up the worst case scenario. How did Rockman ended up getting these violations? That's what we would like to know. There is no obvious connection. We've called Fastrak and DMV officials numerous times trying to get answers. Apparently, they don't want to talk about it. Fastrak officials have not explained why they didn't do more to resolve this before I got involved. They did say at one point, the driver who's responsible for all of these violations will have to pay them. 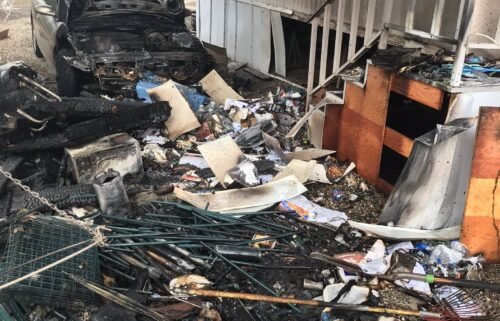