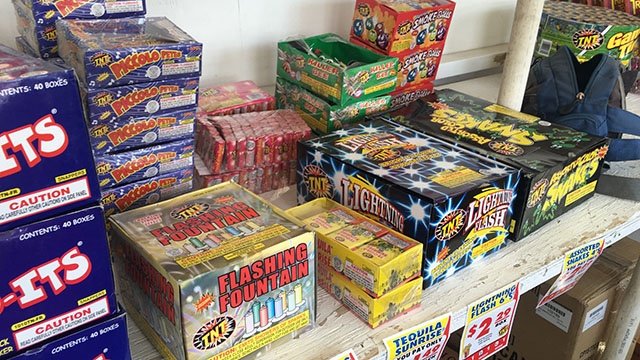 Not only does it affect people, but also their property.

"Other community members have called and their windows have been blown out," said officer Matt Jensen with the Santa Maria Police Department.

This month officers have logged 561 calls for illegal fireworks with 50 messages left on the firework hotline.

As Jensen explains, it’s not just people who are affected. "Community members have reached out to me personally and stated they’ve had to spend hundreds of dollars at the vet for their dogs that are suffering the brunt of it."

Because of the high number of fireworks already going off in Santa Maria several shelter animals have been sent to Santa Barbara.

"We’ve had to send several dogs down to our south campus in Santa Barbara to get them away from all the noise that here in city of Santa Maria. There are so many illegal fireworks being set off that it’s causing so much anxiety and fear for the animals," said Matt Chan with the Santa Maria Valley and Santa Barbara Humane Societies.

Owners should get help from their veterinarian if their pet is struggling with the noise.

"They can possibly provide sedatives to help your dog remain calm during fireworks and that’s the first thing I would start with," said Chan.

"The fine is $1,000. And we don't want to have to do that. So please be safe, and be responsible. Don't use illegal fireworks," said Jensen.

So far police have issued one citation for use of illegal fireworks, and one for possession of fireworks for sale.