SANTA BARBARA, Calif - At some point, every person in their life is faced with this decision: do I spend the extra money on an extended warranty when I'm already spending a lot to buy the product? There are times these warranties protect you, but this is not one of them.

"I don't know if it's a problem with this, but the bearing went bad so it can't spin," explained Santa Barbara resident Kathy Henry as she demonstrated how her Sears washing machine stopped working. Henry purchased her Kenmore washing machine two years ago online from Sears. She paid an extra $210 for a Master Protection Agreement.

"The technician has been in and out so much, I don't know what's going on with the washing machine right now," said Henry.

She assumed that extra warranty would protect her. But, she says the first time she called Sears it took two weeks to send a technician to her house.

"Looked at it and said they had to order parts. Sent out the wrong parts, so then I had to wait another two weeks. Then he said he couldn't fix it, called Sears and said they couldn't fix it, the guy said, 'try to fix it anyway.' So then I had to wait another couple of weeks because they had to try to get different parts," described Henry obviously frustrated by the whole ordeal.

After the third attempt to fix it failed, Henry said Sears agreed to replace the washing machine.

"They told me it would be another 48-72 hours before I'd hear back. So a week would go by, I had to call again," said Henry.

Henry said this happened a few times. She also said Sears would send huge boxes loaded with washing machine parts to her house that would fill up her garage.

She says Sears eventually stopped responding to her.

"Who has time for this? I must have called them 15 times over this whole matter. I just, I've been without a washing machine since August, it's November now. I can't wash my clothes," said Henry.

"It's frustrating, she's paid for something, paid for a warranty and you work with a company called Sears because you think of them as a loyal upstanding company and they clearly are not at this point," said Steven Travanti who is a friend of Henry's.

At one point, Henry said a Sears service representative told her to just go to a laundromat. She called NewsChannel 3 instead. We verified all of Henry's documentation and contacted Sears on her behalf. Sears Corporate also checked out her claims and released his statement to NewsChannel 3:
"At Sears, the satisfaction of our members is our top priority. After reviewing our records, we found that the delay in authorizing her washer for a replacement was due to a misunderstanding. However, we did make a substantial exception to our policy and honored her request for a refund. Her washer was picked up and a full refund was provided. We hope she remains a loyal Sears customer and Shop Your Way member." Larry Costello, PR Director, Sears / Kmart

Sears sent Henry a $760 refund, the cost of the washing machine and the warranty.

"Without C.J., I wouldn't have had a voice. Sometimes you need to have somebody who has a larger audience to get something done," said Henry.

One thing that really upset Henry through all of this, besides the obvious, is the absolute waste this caused. Waste of gas for the tech to drive back and forth, waste of materials for all stuff Sears sent to her home and a two-year-old washing machine that will probably end up in a landfill. Then, there's the waste of her time.

When it comes to warranties in general, some are better than others of course, but look closely at what's excluded. If it's longer than most menus, you may want to decline it. Spend a little time looking for reviews on the internet as well.

Home (Do Not Use) / Money and Business / NewsChannel 3 Investigates 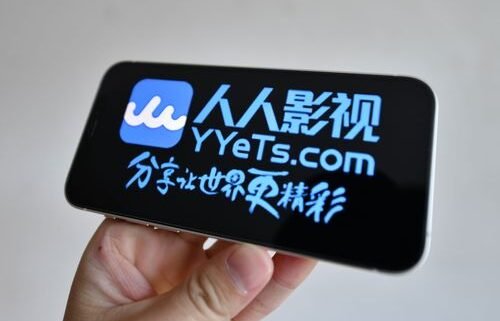