It was supposed to have both prevented the worst ravages of the pandemic and given people in lockdown something to do.

An army of contact tracers working the phones would find people exposed to the virus, warning them of the risks, giving them solid advice on how to quarantine and watch for symptoms, and prevent the further spread of disease.

It’s the most basic of public health tools — a way to stop a disease before it can spread too far. Contact tracing stopped the first SARS, the outbreak of severe acute respiratory syndrome that ended in 2004 after about 8,000 people had been infected around the world. Only 800 died.

Contact tracing, along with vaccination, eradicated smallpox from the planet.

It’s a simple idea: Find people who are infected, isolate them and find everyone they could have passed the disease to, and quarantine them before they can become contagious and infect anyone else.

When the novel coronavirus started to spread at the beginning of 2020, public health experts knew it was their best chance at stopping a pandemic. In South Korea, Vietnam, Taiwan and New Zealand, expert teams tracked almost every infection and helped people isolate and quarantine to interrupt the spread.

But it never happened in the US — at least not at a national level. The US has more than 34 million diagnosed cases and 609,000 deaths from Covid-19, more than any other country in the world, even far more-populous India.

And that’s certainly an undercount, according to the US Centers for Disease Control and Prevention, as well as outside researchers who are trying to keep tabs on cases, such as the University of Washington. Because of a lack of testing and tracking, it’s likely twice as many or more people have been infected with Covid-19, the CDC says.

Missed opportunity to save lives

“We should have started earlier. We could have saved tons of lives,” said Dr. Joia Mukherjee, a professor of medicine in the Division of Global Health Equity at Brigham and Women’s Hospital, and an associate professor of global health and social medicine at Harvard Medical School.

“Contact tracing has saved people. It has saved families,” added Mukherjee, who is working with global nonprofit Partners in Health, which helped with a few contact tracing programs that did get off the ground in the US.

The rare success stories give a tantalizing look at what might have been. San Francisco started a contact tracing program early in the pandemic, a collaboration between the San Francisco Department of Public Health and the University of California San Francisco.

By last November, the team reported, these contact tracers had reached more than 80% of people infected and found their close contacts within a week.

According to Dr. George Rutherford, an epidemiologist at UCSF who helped advise on the program, if the US had the same per capita Covid-19 mortality rate that San Francisco has seen, 200,000 fewer people would have died.

“This is really something that needs to be in place all over the place,” Rutherford told CNN.

And now, with the US struggling to get 40% more of the population vaccinated, it’s a missed opportunity to reach people.

“You could redouble your efforts to get vaccinations to people,” said Mukherjee.

Partners in Health has programs in Massachusetts, Newark and in Immokalee, Florida — where the nonprofit worked with other nonprofits and churches to not only do contact tracing among the impoverished farm workers of the area, but to get them the help they needed to weather the pandemic and the enforced time away from work for illness, isolation and quarantine.

“Then you can look at a city like Newark, New Jersey, where the infection rate was much more rampant among homeless individuals,” she said. There, the mayor helped organize hotel rooms so people who couldn’t easily quarantine had somewhere to stay away from people they might infect.

Former CDC director Dr. Tom Frieden, now CEO of Resolve to Save Lives, was an early advocate for using contact tracing to control the pandemic. It’s not too late, he says.

People who don’t believe the virus is a real threat change their minds when the infection hits their community, their neighbors, their families, said Mukherjee. Contact tracing is a tool to help persuade them when they are the most likely to be receptive to getting a vaccine.

It’s also the best way to keep track of the epidemic. The lack of contact tracing is a lost opportunity to understand how the virus spreads, whether new variants are really more transmissible and, if so, how much more transmissible, and to watch in real time to see just how effective vaccinations really are.

“If you look at the countries that are doing the best around the world, they have really good information about what’s happening,” Frieden said.

“Because of the Delta variant, contact tracing is important, and it could help reduce the impact of that variant on our communities if we’re applying it rigorously and trying to find as many cases as possible,” said Crystal Watson, a senior associate at the Johns Hopkins Center for Health Security and an environmental health specialist at Hopkins’ Bloomberg School of Public Health.

“If you could do really great contact tracing on breakthrough cases, and keep it up over time, you could understand the long-term consequences of having breakthrough infections in someone who was vaccinated,” said David Holtgrave, dean of the School of Public Health at the University at Albany, State University of New York. “That could provide a lot of crucial information.”

“I think we could have avoided a lot of illness and deaths if had we really leaned into this in the April, May time frame of last year but it clearly wasn’t a top priority, like testing was at that time,” Watson told CNN.

Plus, states, cities and counties had little to work with.

“We started from a place of very depleted public health workforce. There were not enough people working in public health to really tackle this problem, so it was a big ask to start with,” Watson said.

“We also had, particularly at the state level, some governors just not wanting to put a lot of resources into to doing contact tracing,” she added.

A lack of trust also killed many efforts to use technology as a contact tracing aid. Apple, Google and other companies have provided apps people can install to tell them if they’ve been near someone who was later diagnosed.

“The technology has not been widely adopted, though some states are faring better than others. A lack of public trust in new technology — coupled with a lack of resources in the public health agencies peddling that technology — hampered both adoption rates and how people used the systems,” said Dr. Peter Kilmarx, Deputy Director of the Fogarty International Center at the National Institutes of Health, who has been keeping an eye on contact tracing efforts.

And politics got in the way.

“There was a lot of politicization of contact tracing, which made it so that people in some places were very skeptical of it and didn’t want to participate,” Watson said.

To many people, the idea of telling a stranger who you might have been in contact with smacked of informing against friends and collaborating with Big Brother.

“To tell someone who is trying to work two jobs and living in a group home that they need to quarantine without offering the kind of social support they need is not going to be very effective,” Kilmarx said.

“We kind of poisoned the well with how contact tracing was approached. It should be a service. It should be a way of helping people get the services they need,” he said.

“It is very, very important that we rebrand contact tracing. It really should be a Covid support service.”

People are usually going to choose their jobs over protecting themselves or their community from the uncertain risk of infection, so they have to see they will benefit from cooperating with public health officials.

San Francisco had a head start on this with decades of using contact tracing as a support service for people at high risk of HIV/AIDS, said Rutherford. So people had trust in the outreach efforts.

“We’ve had pretty good compliance with it all,” Rutherford said. “They certainly got all the older elderly homeless off the streets, put them up in hotels. And we also did offer hotel rooms for people who had to isolate,” he added.

“So if you have got four guys from someplace in Latin America, construction workers sharing an apartment in the Mission District of San Francisco, you can’t just say, ‘Oh, yeah, you’re going to isolate in that bed and we’ll put a sheet around you,’ ” he added.

The city recruited librarians idled by shutdowns, graduate students and even tax assessors who were being kept home. UCSF trained them, teaching the skills needed to get sensitive details from people who may be confused and wary.

Contact tracing is one of the best tools to help even out the inequities the pandemic has blown wide open, Mukherjee said.

“A lot of people had the luxury of working from home or a large enough house that they didn’t have to share a bathroom,” she said. For wealthier Americans, isolating or quarantining was an inconvenience at worst.

“But for other people, those things were not so easy,” Mukherjee said. “Many of our frontline workers live in congregate setting or really small houses.”

“We believe contact tracing is very important to try to control and understand where things are spreading, but that the provision of social support is another important aspect, so that you’re not just giving people information, but you’re helping them to take action,” Mukherjee said.

The US may have missed a second chance at comprehensive contact tracing this spring, when cases dropped, Holtgrave said.

“Early on, at the very beginning, there was a sense that contact tracing was key and we should use it. Then the number of cases got so overwhelming that it was almost impossible to keep up. This past spring, cases were down to a level where maybe contact tracing was more feasible. But now we rapidly see it going up,” he said.

Watson sees the same problem. “If we have big outbreaks, I am not sure that contact tracing will be able to keep up,” she said. 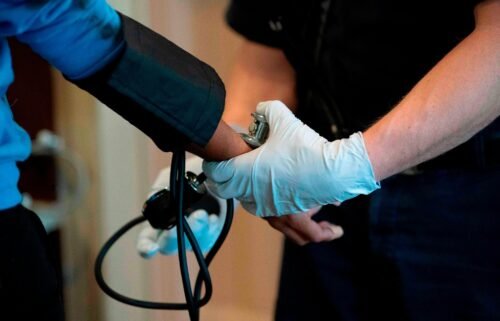 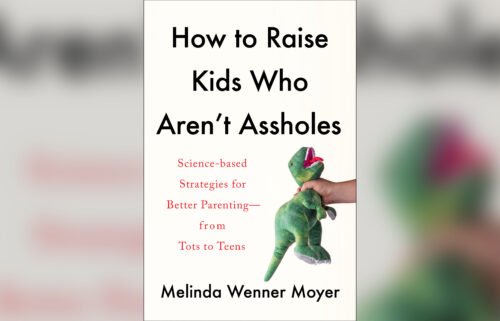 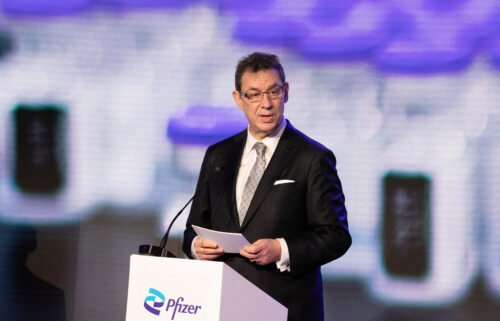