DAPHNE, Alabama (WALA) — The Daphne Police Department says a woman wanted after a knife and machete attack several days ago has turned herself in, but her son is also wanted and remains at large.

Police say 36-year-old Tamekia Williams turned herself in but refuses to say anything regarding the whereabouts of her son, Jalin Williams, 22, also wanted in the violent incident.

Police say it was about 9 p.m. Saturday when a male victim was assaulted by the mother and son. The victim was held against his will at knifepoint for several hours at the Williams’ Daphne residence, police say.

Investigators say the victim attempted to flee the residence, and he was stabbed several times by Jaylin Williams and slashed with a machete by Tamekia Williams. They say he was able to escape on foot and sought help at a nearby restaurant.

The victim was flown to University Hospital for treatment of his injuries, which are said to not be life threatening.

Tamekia and Jaylin Williams both face charges of second-degree assault and unlawful imprisonment.

If you have information regarding the whereabouts of Jaylin Williams, you are asked to contact the detective unit at the Daphne Police Department at 251-620-0150. 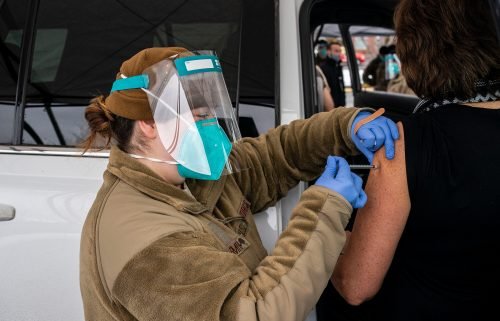