Fatherhood has brought unexpected changes to the life of Jimmy Cate.

Sure, the resident of West Des Moines, Iowa, knew that as a new dad he would sleep less. And, yes, he kind of figured there would be a lot of swaddling, diaper-changing and burping he’d have to learn. But since his son, Beric, was born August 24, the 35-year-old insurance agency manager has noticed a more fundamental transformation: He’s happier.

“The more I interact with him, the more helpful I can be when I need to be and the more gratifying it all feels,” Cate said. “It has helped me extend that feeling from the hospital of amazement and awe. It feels great to be his dad.”

While Cate certainly is not the only new father to experience this euphoria, recent research has suggested these good vibes in early fatherhood could lead to fewer incidents of depression down the road.

One study, published earlier this month in the open-access journal Frontiers in Psychiatry, made the case that perhaps fathers need paid parental leave as much as mothers do — a departure from what has been standard operating procedure in the working world.

“Once you hear it, it makes sense: If fathers are involved with their infants early and often, their mental health may fare better over time,” Bamishigbin said.

“The findings really hammer home how much fatherhood has changed from the days when Dad went to work and wasn’t really that involved. Now we understand that dads can benefit from being just as involved as moms.”

Investigators conducted interviews with 881 low-income, ethnically and racially diverse fathers and found three indicators predicted lower rates of depression during the first year: amount of time spent with the newborn, ability to perform basic tasks such as changing diapers and feeding, and the ability to provide material support.

Put differently, dads who are present, competent and financially support their children are happier overall.

To understand the connections, Bamishigbin and four colleagues assessed depression symptoms at three intervals over the first year: one month, six months and 12 months. The team relied upon the Edinburgh Postnatal Depression Scale, a tool that was created to identify women who may have postpartum depression.

The scale has 10 questions about people’s current mental state, and it asks respondents to answer based on how they have felt over the course of the previous week.

Some 10% to 20% of mothers experience PPD after giving birth, while roughly 8% to 10% of fathers report similar struggles, according to studies. While the number of sad dads is less than half the number of sad moms, it’s still about twice the rate of depression among men in the general population (That’s just over 5%, according to the US Centers for Disease Control and Prevention.)

“There’s a hormonal component to PPD that we know about for moms, but we’ve learned over the years that mental health issues are not only biologically driven,” said Bamishigbin, a father of two boys, ages 5 and 2. “Fathers are affected by the same things that are stressing moms. They’re just affected differently.”

In research circles, this phenomenon is known as paternal postnatal depression, or PPND. It’s brought about by a multitude of factors, experts believe.

One of the biggest is sleep deprivation, which, as any parent knows, is inevitable in the first few months of a baby’s life. Several recent studies in the last few years have linked poor sleep with depression; one went so far as to say poor sleep can cause neurochemical changes in a new parent’s brain.

Another analysis indicated that the rate at which men experience PPND spikes to 25% during the first three to six months of a new baby’s life — the period during which sleeplessness is most prevalent.

“The idea of dad being depressed after childbirth contradicts a machismo that is part of American culture,” said James Paulson, associate professor of psychology at Old Dominion University in Norfolk, Virginia, who was one of the lead researchers on some of these PPND studies. He was not involved with this study.

“There’s some awareness, but mostly it’s stoppered by traditional gender roles,” said Paulson, who is still plugged in to current research on depression in dads and was intrigued by Bamishigbin’s study.

Paulson was particularly excited that Bamishigbin’s research established a connection between a father’s involvement with a newborn and depression. Previously, all studies on this subject have focused on underwhelming father involvement as an outcome of depression, suggesting that parents who are less involved retreat because of mental health challenges.

This change in thinking could usher in a new era of accountability, Paulson said, noting that increased presence of fathers could ultimately be a “protective factor” against moms experiencing depression themselves.

David Hill, a hospitalist pediatrician for Goldsboro Pediatrics in Wayne County, North Carolina, agreed that the approach of Bamishigbin’s study was refreshing.

“The mother and baby dyad is powerful; both parties benefit from it and grow from it and change from it,” Hill said.

“I love that there is now a study looking at the effect of involvement on dads and suggesting that becoming closer to a child can be therapeutic for both dad and child. Many of us who are dads can count some of our most joyous moments of life as those moments when we’ve been with our kids.”

Bamishigbin said he hopes his research can help move the needle on the subject of paid parental leave, a relative rarity here in the United States.

In many other countries, mothers and fathers can get paid time off from work to be with their child in the early days. Here, however, this perk is an outlier. Some US companies offer it, but the vast majority expect men to be back at work after no more than a week or so.

Cate, the new dad in Iowa, is a prime example of this conundrum; his company does not offer paid leave for fathers. Cate’s wife, Alison, took a maternity leave of 12 weeks and will be out with their son until mid-November, but he was back at work one week after Beric’s birth.

While Cate said he wishes he had more time off, he has embraced the reality of his situation, and he has built the rest of his life around fatherhood. 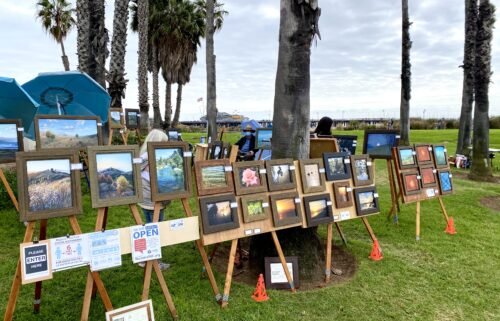 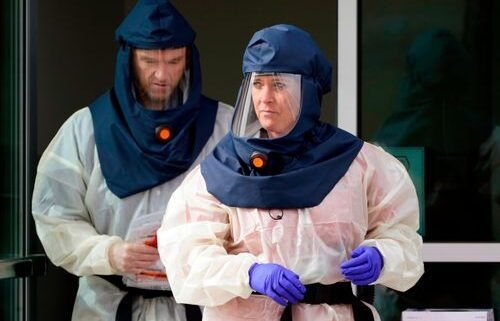 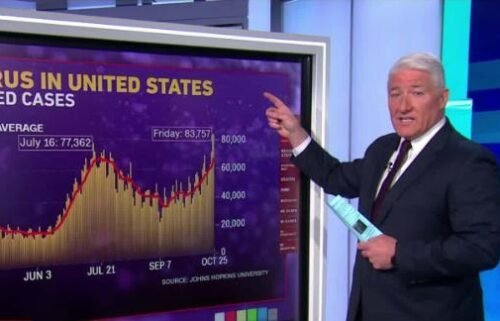