LAS VEGAS, Nevada (KVVU) — An encounter captured on a Ring doorbell camera in downtown Las Vegas shows a stranger approach a woman’s home and threaten to take her life. Now, that man is in police custody.

The video shows a man approaching the front door of her home located near Las Vegas Boulevard and Charleston. Once at the door, he repeatedly asks, “Are you sure? I just have a couple questions for you.”

On July 22 at approximately 8:43 a.m., a citizen in the area of East Clark Avenue and South 3rd Street recognized the suspect from doorbell video circulating on the internet. The citizen advised a nearby Deputy City Marshal and the suspect was taken into custody. Detectives from the LVMPD responded and booked the suspect into Clark County Detention Center for aggravated stalking, coercion, and obstructing a public officer.

The woman said she did not interact with the man during the incident.

After persisting for a few minutes, the woman’s husband, who was not home at the time, used the intercom system to ask the man’s identity while he was walking away from the door.

The man looks into the camera and responds that he’s looking for the woman inside and advises that he’s going to “rape her and kill her.” He again repeats the threat, and tells the woman’s husband that he has a knife and a gun.

After awhile, he again walked away from the residence and continued to mutter incoherent thoughts to himself.

The woman posted in the comments section that she notified police and officers were dispatched to the home to take a police report. She provided an update on Facebook Thursday morning that the man was taken into custody.

An unidentified man was arrested on July 22 about 8:43 a.m. after a citizen in the area of E. Clark Avenue and S. 3rd Street recognized him from the video.

“The citizen advised a nearby Deputy City Marshal and the suspect was taken into custody,” police said.

The man, only referred to as “John Doe,” was booked into the Clark County Detention Center on charges of aggravated stalking, coercion, and obstructing a public officer. 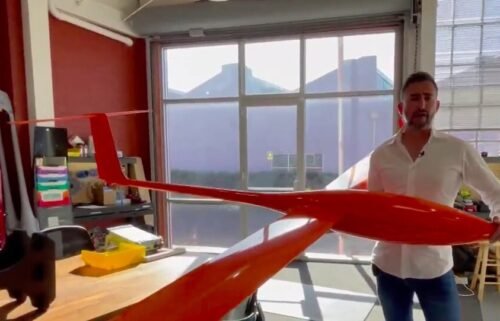 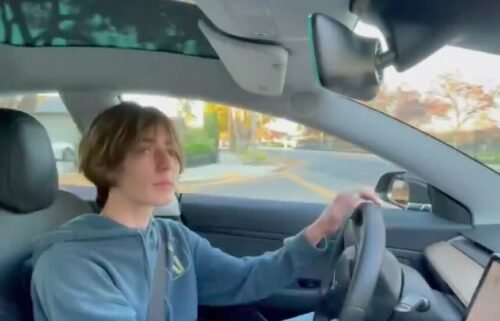 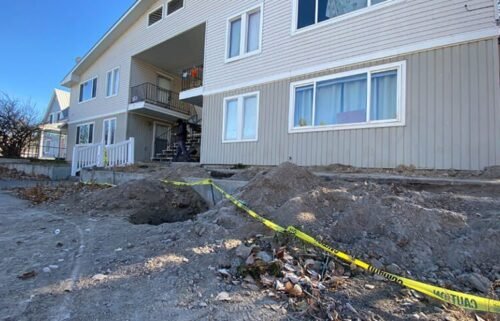